On 8 June 2017 the British Indian Ocean Territory Administration is releasing a set of six stamps and a first day cover portraying marine megafauna: species that are all found in the Territory.

The fish featured in this issue are: 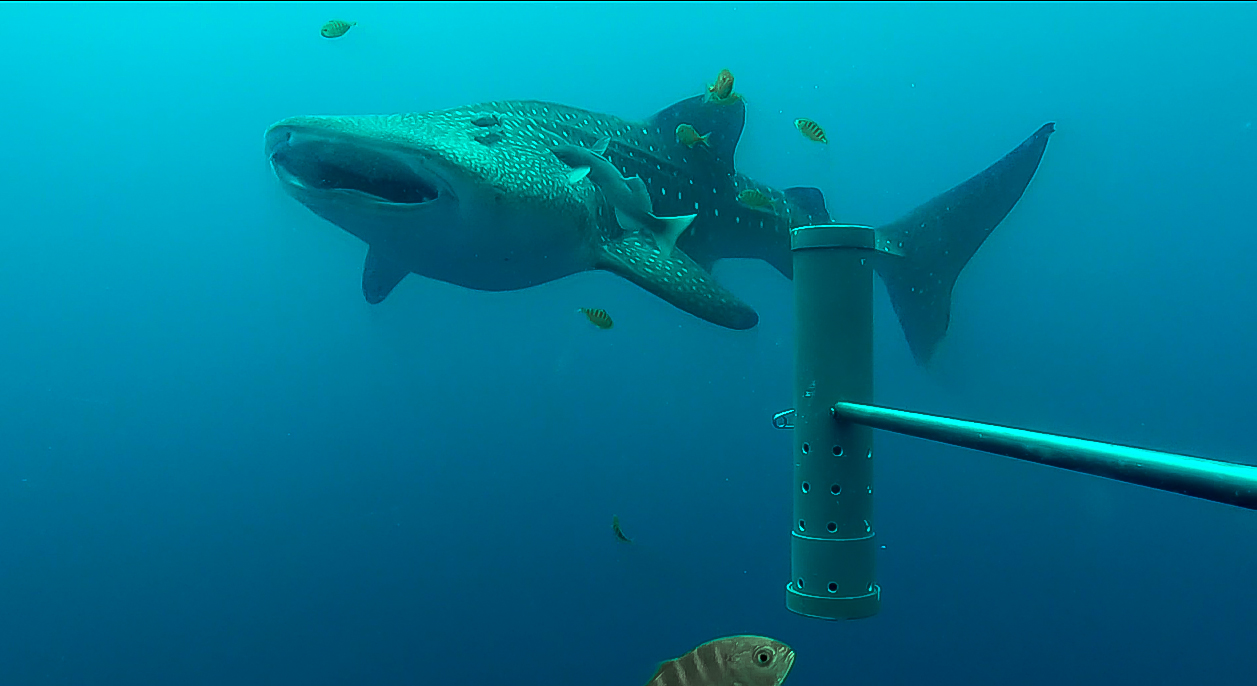 Image of a whale shark taken in Peros Banhos, BIOT by Centre for Marine Futures, University of Western Australia. This image is a frame from a mid-water Baited Remote Underwater Video System (BRUVS) recording. These systems are designed to record fish and sharks living in the pelagic (mid-water) realm and the ‘microphone’ (pictured) is a bait container, which contains sardines to attract predators. The BRUVS allows scientists to track the status and potential recovery of these species (such as the whale shark) within the BIOT Marine Protected Area as many of these large pelagic species are endangered worldwide. The cameras are deployed as a string of 5 units, 200 metres apart on a longline, and suspended at 10 m. Typically between 150 and 250 individuals cameras are deployed per expedition within BIOT. For more information on this research, have a look at the Centre for Marine Futures. 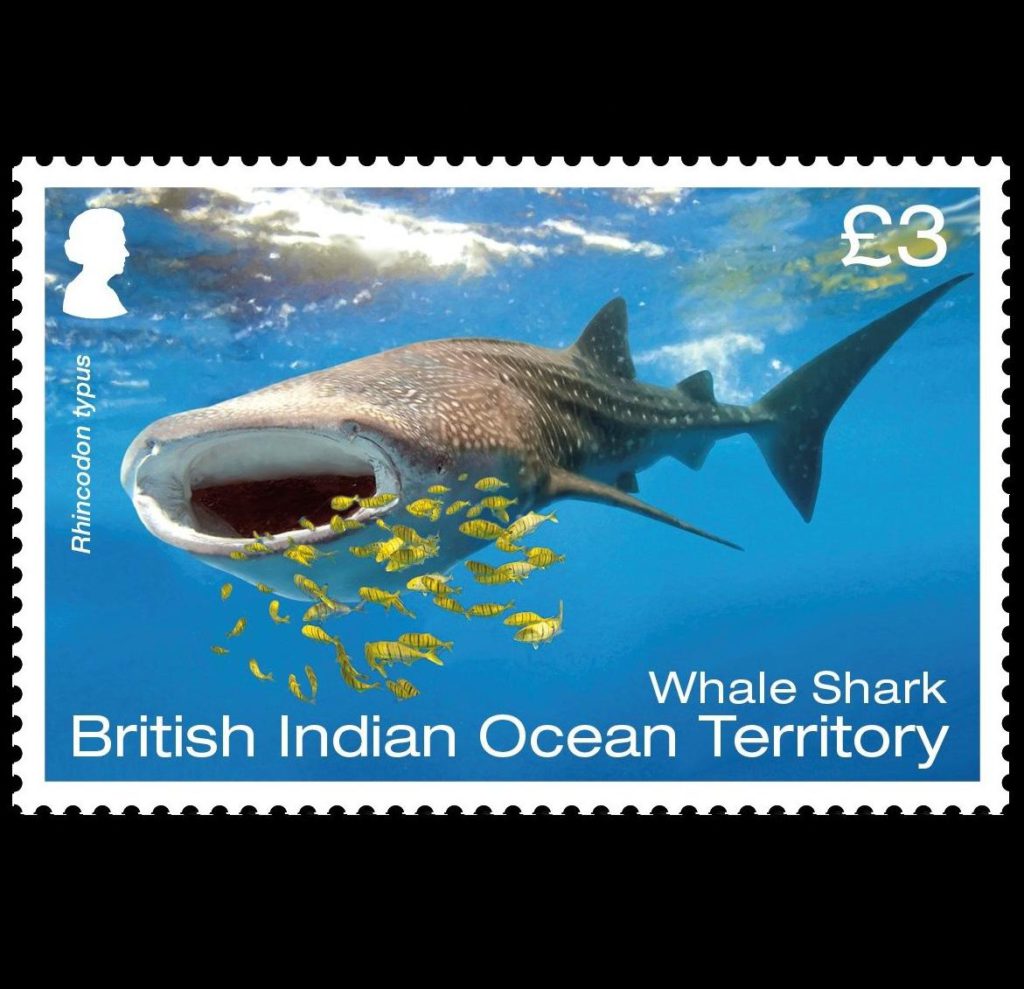