From 15th August 2019, Pobjoy Mint began releasing a series of five 50p coins featuring sea turtles; the first ever British Indian Ocean Territory 50p commemorative coins. These were released approximately every 2-3 weeks until November 2019. The featured species, in order of release, are:

These are available for sale from Pobjoy Mint at: https://www.pobjoy.com/products/commemorative-coins/british-indian-ocean-territory

All coins are sold in a capsule within a Pobjoy Mint blue pouch. For this issue, a five-coin set album is also available for separate purchase. 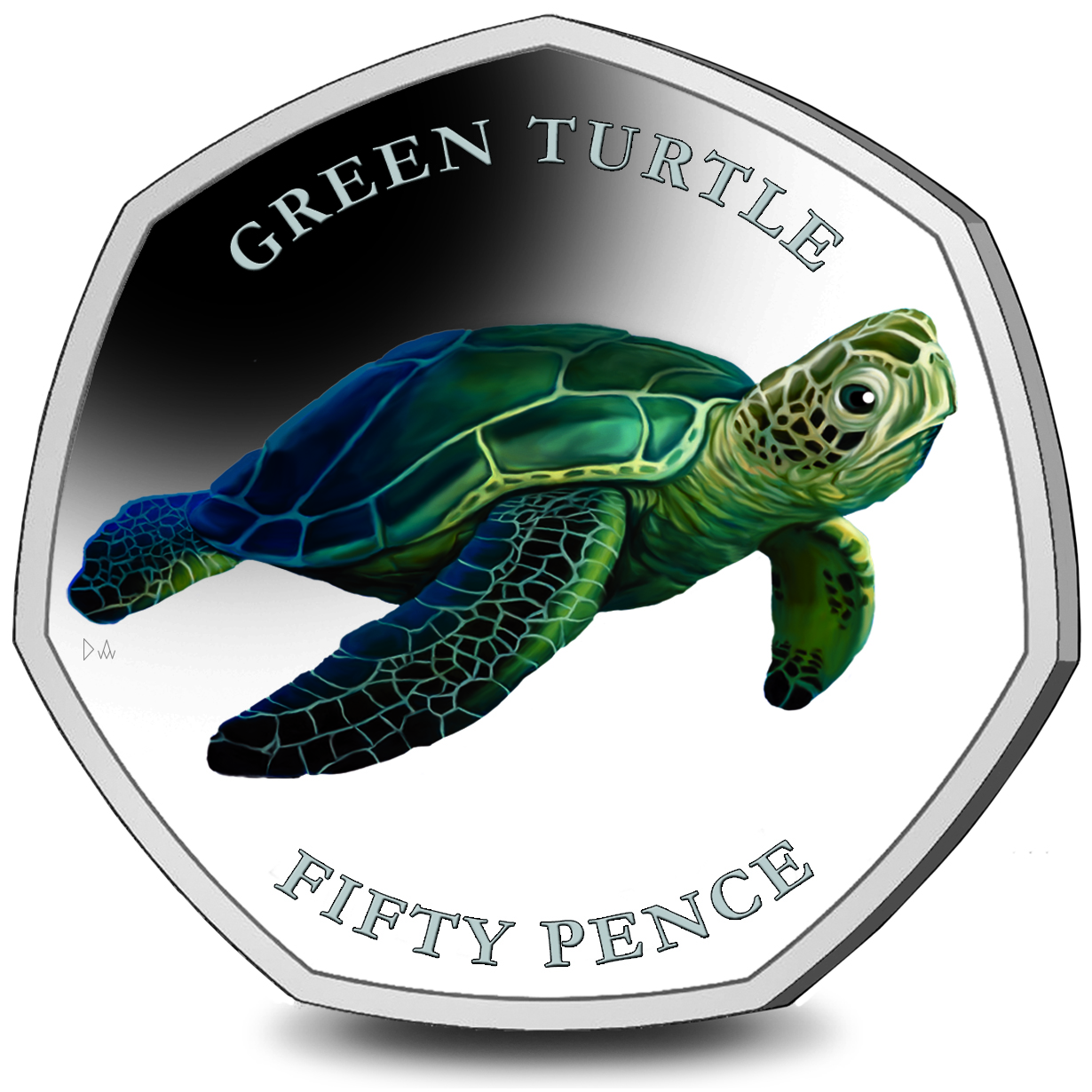