As part of the First World War Centenary, the British Indian Ocean Territory Administration has released a set of six stamps, on 6 March 2017, depicting aircraft used by Britain during WWI.

The six planes we have chosen to cover the period of the war and also the different usages are:

The twentieth century was the start of the age of flight and before 1914 wars had only been fought on land and at sea. Aircraft that were used at the beginning of the First World War were basic but throughout the war they saw rapid development. Much work went into aircraft design as it became clear that airpower could play a decisive role not only on the battlefield but against military and industrial targets far behind the front line. By 1918, aircraft were much more sophisticated machines, which also reflected the role they played during the war. At the start of WWI the Royal Air Force did not exist and planes were flown by the Royal Naval Air Service and Royal Flying Corps: these two organisations were then merged on 1 April 1918 to create the Royal Air Force, which is the oldest independent air force in the world.

The First Day Cover for this issue depicts a Sopwith Camel flying over a field of poppies. The poppies are a symbol of remembrance after the famous poem “In Flanders Fields” from 1915 by Lt Col John McCrae, symbolising the spilled blood of war.

You can buy these stamps and their First Day Covers online from the BIOT Post Office: 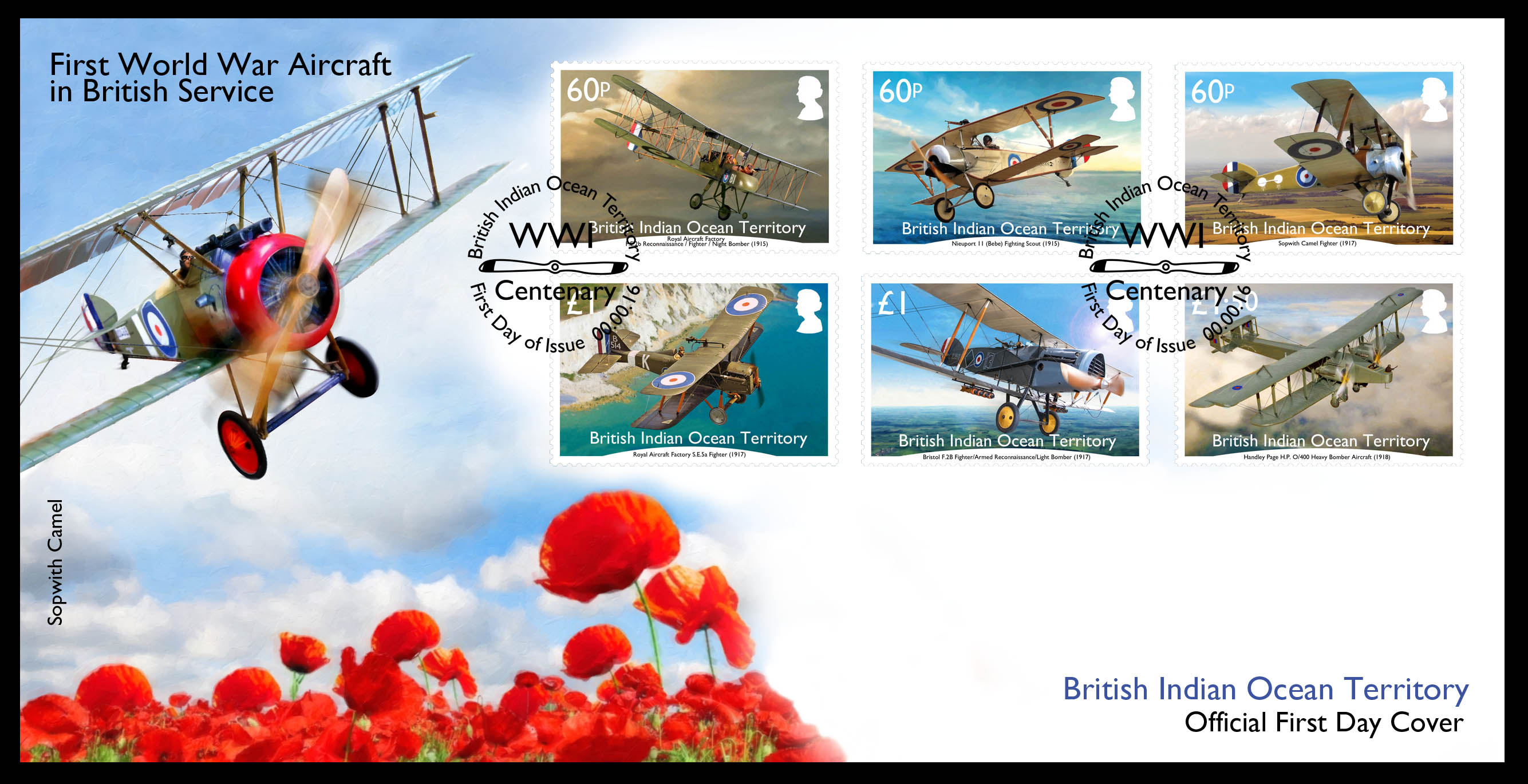